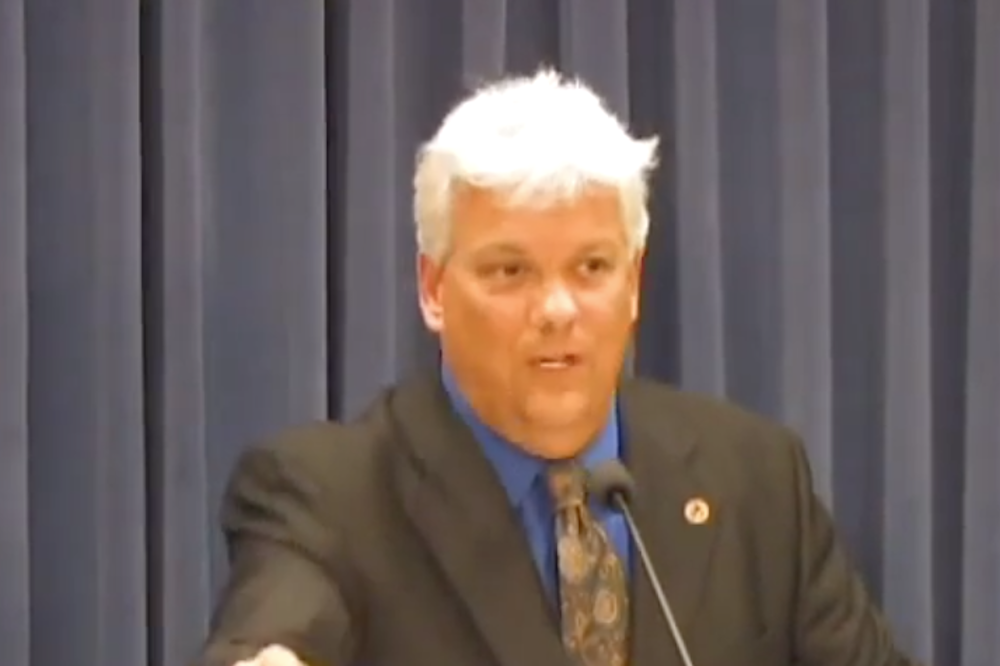 Illinois Republican Party Chairman Tim Schneider (R-Burr Ridge) is calling for the resignation of McHenry County Board of Commissioners Chairman Jack Franks (D-Marengo), who is currently under investigation by the Illinois State Police (ISP) for allegations of sexual misconduct that date back to 2016 – as well as for some accountability from the state's Democratic Party leader, House Speaker Mike Madigan (D-Chicago).

"The scandals seem to never end when it comes to Madigan and the Springfield political class," Schneider said in a press release. "At some point, the most powerful man in state government and Chairman of the Democratic Party of Illinois has to be held accountable for the culture of harassment, intimidation and corruption he helped create over four decades of control. Jack Franks should resign as McHenry County Board Chairman, and Madigan should come clean about what he knew, when he knew it and what he is doing to change the culture that he created and controls."

Franks, a former Illinois state representative, has been under investigation since 2018 when Madigan’s office received a complaint of alleged sexual harassment. The Illinois State Police served a search warrant last week at the Capitol Building offices of Speaker Madigan, which was obtained by the Chicago Sun-Times through a Freedom of Information Act request.

The search warrant authorized the ISP to seize personnel and human resources records, as well as other types of documents related to the alleged misconduct charge against Franks. It also authorized the seizure of names and contact information for Franks’ previous legislative assistants, and communications from various individuals including Speaker Madigan.

"Probable cause exists for the crimes of criminal sexual abuse, criminal sexual assault, official misconduct, aggravated battery and stalking," the search warrant notes, according to the Sun-Times.

Franks has not been charged in the case, which goes back to 2016 when he still served as a state representative.

The Sun-Times quotes Franks as saying that he issued a full denial of the incident in April 2019, and had heard nothing more. He also told the newspaper that he knew nothing of the search warrant and that he has not been contacted aside from a letter from Madigan’s office in April 2019.

Want to get notified whenever we write about McHenry County Board ?

Sign-up Next time we write about McHenry County Board, we'll email you a link to the story. You may edit your settings or unsubscribe at any time.