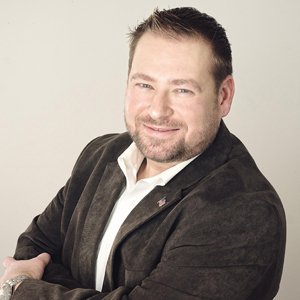 In the four-candidate race for House Representative in District 66 that became a three-candidate race at the 11th hour, Allen Skillicorn emerged as the winner of the Republican primary on March 15.

“I am feeling good,” Skillicorn told the McHenry Times. “We are excited about finally being able to publicly declare victory.”

The East Dundee trustee and vice-chair for the Kane County Republican Party said he personally knocked on more than 10,000 doors, and talked to voters about property tax relief and the need for Republicans to stand up to House Speaker Mike Madigan -- a message Skillicorn said was very well received.

Now that all the signs and campaign litter has been cleared up, Skillicorn said it’s time to continue the conversation about Madigan and the state of Illinois.

Skillicorn, who claimed approximately 33.04 percent of the votes in McHenry and Kane counties, will face off against Democratic challenger Nancy Zeller in November for retiring State Rep. Mike Tryon’s seat.

“She’ll be able to get some financial resources and she has some fans in the area, but at the end of the day she has a track record of raising property taxes,” Skillicorn said. “She supports Mike Madigan and she supports Madigan’s tax increases. I don’t think the voters of the 66th District are going to be able to identify with those issues.”

For now, Skillicorn is grateful for voters’ support and promises to be their voice in Springfield.

“I just want to thank people for their support, and we plan on taking the fight to Mr. Madigan,” Skillicorn said.

Want to get notified whenever we write about any of these organizations ?

Sign-up Next time we write about any of these organizations, we'll email you a link to the story. You may edit your settings or unsubscribe at any time.