McHenry activist not sure the powerful Madigan can survive latest scandal

Conservative activist Joe Ptak hopes that all the corruption noise swirling in Springfield will be enough for most Illinoisans to take action when election time rolls around.

“Residents are fed up and they’re tired of this state being the most corrupt one in the country,” Ptak told the McHenry Times. “All the corruption is forcing people to leave the state, meaning it’s breaking up families and separating friends and neighbors.”

Ptak says he was less than shocked to learn that Illinois State Police executed a raid on the Springfield office of longtime House Speaker Mike Madigan (D-Chicago) in search of evidence related to allegations against McHenry County Board Chairman and former Democratic state representative Jack Franks (D-Marengo). Franks has been accused of criminal sexual abuse, criminal sexual assault, official misconduct, stalking and aggravated battery in a case that dates back to 2016 while he was still in the state House of Representatives in Springfield. 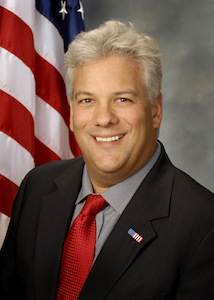 Several media outlets have reported that Madigan's office made available to authorities information it had gathered about the case after receiving a complaint against Franks from a staff member. Following an internal investigation, Franks was prohibited from any contact with employees in the Springfield office.

Madigan’s office has released a statement insisting that staffers took immediate action to protect the alleged victim and to conduct a full investigation.

“Everybody knows Mike Madigan rules Illinois,” Ptak said. “I tell people there’s no way he can avoid being caught in the middle of this. I think he will resign because the pressure is getting to be too much, and from what I’m seeing and hearing, the hounds are closing in. At the end of the day, too many people just know too much."

Want to get notified whenever we write about McHenry County Board ?

Sign-up Next time we write about McHenry County Board, we'll email you a link to the story. You may edit your settings or unsubscribe at any time.