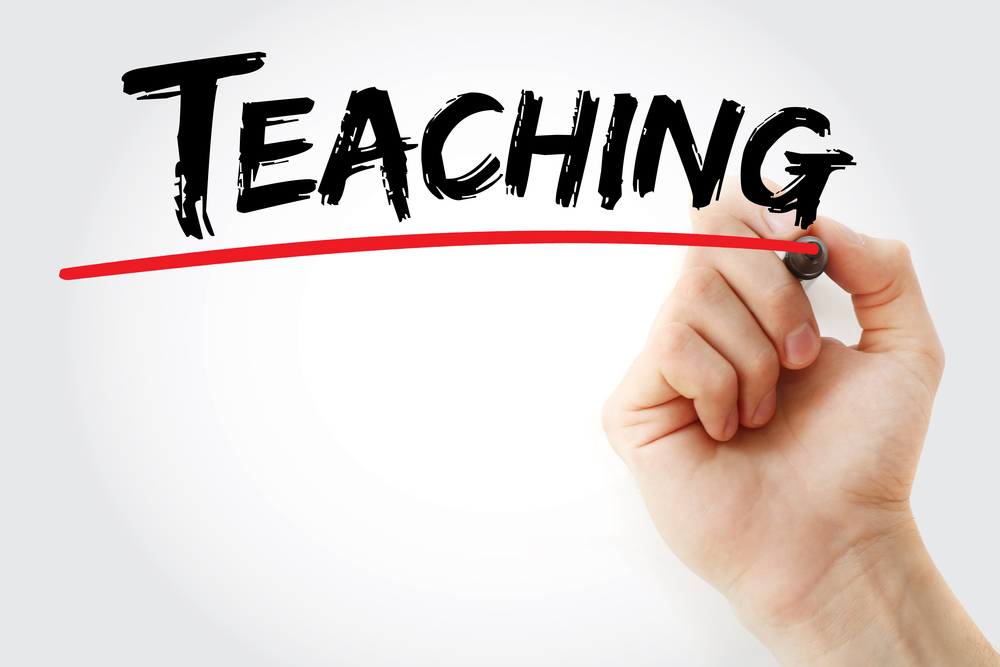 Cathie and Dick Livengood just started their 14th year of subbing in Huntley Community School District 158, long enough to have witnessed some of their students’ entire educational careers—from kindergarten through high school.

It’s remarkable longevity, considering they both retired in 2005.

The couple are among the longest-serving and most-beloved substitute teachers in the District.

Cathie came to the job after 30 years of full-time teaching as a business education instructor at Parkway West High School in St. Louis, Missouri.

After retiring, Cathie says she took one year off to finish setting up their new house in Huntley’s Sun City neighborhood. That was enough for her.

Dick had no experience teaching in high school, but he decided to follow his wife into subbing after his 35-year career in manufacturing.

“I was bored and needed something to do,” Dick says. “I had done a lot of training work in my prior career. I gave subbing a shot, and I liked it.”

One of Dick’s early assignments was a long-term sub position in the high school’s wood shop. The subject matter aligned with his prior work experience, and the long-term nature of the position allowed him to build strong connections with students.

However, the Livengoods have both enjoyed the challenge of teaching subjects outside of their comfort zones.

“Subbing allows you to continue to grow your own knowledge—technology, new ways of teaching,” Dick says. “There isn’t a room in this building I haven’t worked in.”

Over their subbing careers, Huntley 158 has grown a national reputation as a leader in innovation and transforming how students learn. Dick says he has taught in the high school’s specialized Medical and Engineering Academies, blended classes, and even the Vanguard Vision program—the school’s competency-based education pilot program now in its second year. Cathie also subs for the LIGHT Program at MCC.

The Livengoods have not only enjoyed seeing individual students grow over the years, but also have witnessed extraordinary changes in the District. The high school’s student body has ballooned from about 1,200 students in their first year to well over 3,000 students today. The building has been expanded significantly over that time, adding square footage, transforming spaces, and incorporating new technology to help students learn.

“It’s not an easy job if you do it right,” Dick says, estimating that he walks about two miles within the building on a typical sub day at HHS. “It takes a lot of energy. We have big buildings.”

The couple says working in a school with a population larger than many small towns in Illinois has benefits. They are frequent spectators at all kinds of HHS athletics, arts, and extracurricular events, often attending at the special invitation of students.

“It allows us to be retired and to give back to the community. We only work when we want to work,” Dick says.

The couple takes off every January and February for vacation in warmer climates. Still, both typically sub over 100 days each school year, in addition to proctoring standardized testing dates and working special events like material pickup days.

The District pays competitive rates for substitutes. Substitute teachers earn base pay of $100/day. Subs who work on Fridays and those who have worked 40 days in the past or current year receive $110/day, and those subbing long-term for a leave of absence earn $150/day after 20 consecutive days. Applications for open sub positions can be submitted online.

But it is the relationships with their students that keep them coming back year after year. Cathie recalls running into a student during a recent shopping trip.

“She ran over to her mom and said ‘that’s my favorite sub’,” Cathie says. “It’s truly a community, and we’re invested in that community.”

Want to get notified whenever we write about Huntley Community School District 158 ?

Sign-up Next time we write about Huntley Community School District 158, we'll email you a link to the story. You may edit your settings or unsubscribe at any time.